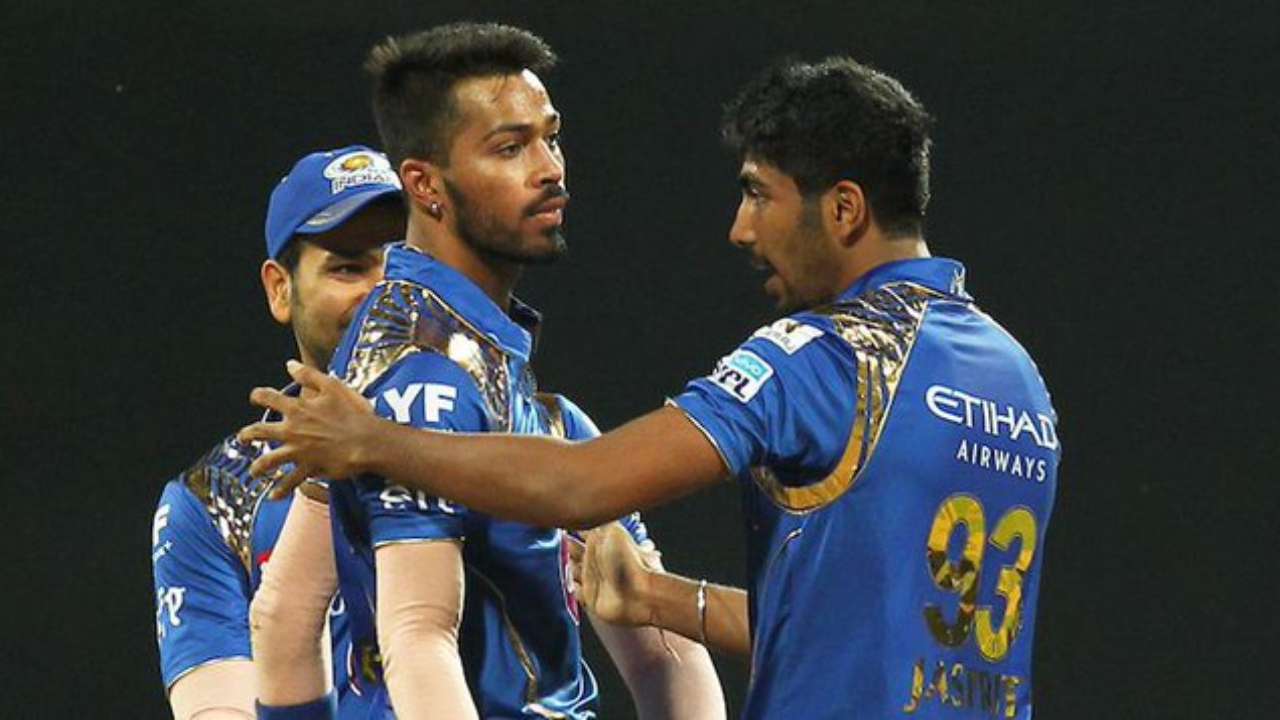 Mumbai Indians had made a great start in their IPL 2020 game against Kolkata Knight Riders in Abu Dhabi. Rohit Sharma’s brilliant 80 set up a big score of 195/5. In response, Jasprit Bumrah and the other bowlers put up a fine show to restrict Kolkata Knight Riders. However, amidst all the action, there was one tragicomic moment in the field that set social media abuzz. It was in the 13th over when Kieron Pollard was bowling to Eoin Morgan with the run-rate already mounting up.

Pollard bowled a slow and short ball outside off and Morgan chopped it to backward point, Bumrah ran to his left and tried stopping it by stretching his arms. The ball went past him and it raced away to the boundary. Hardik Pandya put in the hard strides and dived to his right but he could not stop the ball from reaching the fence.

However, Pandya was not happy with the fielding effort of Jasprit Bumrah as he flung the ball and abused him for his poor work. The video was uploaded on Twitter and it amused the Twitterati.

Hardik Pandya had every right to be miffed at Bumrah’s effort. In the 12th over of the game, Nitish Rana was batting brilliantly and he launched a cover drive which was going over the ropes. However, Hardik Pandya ran to his left and kept his eyes on the ball. He knew that the boundary ropes were close and he took a stunning catch inside the ropes. Hardik Pandya made it look very easy and people were just left stunned.

Mumbai Indians’ fielding efforts were much better than the first match in which they dropped catches and misfielded consistently against Chennai Super Kings. Mumbai Indians, in the process, registered their 20th win against Kolkata Knight Riders, the most by any team against one opposition in the history of the Indian Premier League.