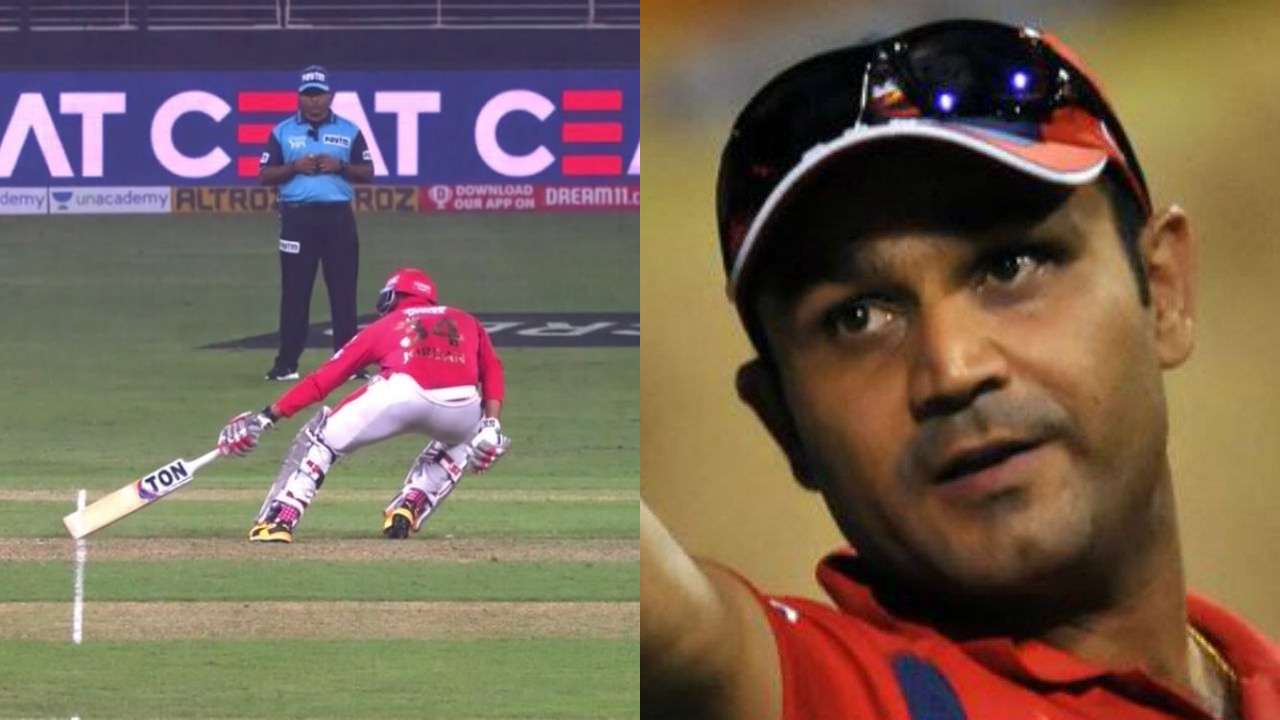 Former Team India cricketer Virender Sehwag pointed out a controversial error from the onfield umpires during Delhi Capitals’ (DC) dramatic super over win over Kings XI Punjab (KXIP) in the Indian Premier League (IPL) 2020 on Sunday (September 20). The former Delhi skipper took to Twitter and mockingly said that he completely disagrees with the Man of the Match pick of the night and claimed it should have been the umpire who disqualified the single in the 19th over of the match due to it being “short-run”.

However, according to Sehwag, that was in fact not a short run and it ultimately acted as the turning point of the match as KXIP managed to tie the score on 157/8 from their 20 overs and ultimately ended up losing the match in super over.

“I don’t agree with the man of the match choice . The umpire who gave this short run should have been man of the match. Short Run nahin tha. And that was the difference. #DCvKXIP,” Sehwag wrote on Twitter.

I don’t agree with the man of the match choice . The umpire who gave this short run should have been man of the match. Short Run nahin tha. And that was the difference. #DCvKXIP pic.twitter.com/7u7KKJXCLb

Earlier in the day, KXIP skipper KL Rahul had won the toss and welcomed Delhi Capitals to bat first.

Delhi got off to a terrible start after they lost Shikhar Dhawan (0), Prithvi Shaw (5) and Shimron Hetmyer (7) inside the opening first 6 overs of the game.

However, Iyer (39) and Rishabh Pant’s (31) blistering partnership in the middle laid a foundation for Marcus Stoinis to come in and let hell loose on the KXIP bowling unit.

On the chase, KXIP lost their skipper KL Rahul (21) early on which then triggered an intense fall of wickets for the Punjab side.

Karun Nair (1), Nicholas Pooran (0), Glenn Maxwell (1) all went for small scores as DC asserted their dominance. However, it was thanks to opener Mayank Agarwal’s heroic innings of 89 runs off 60 balls that boosted KXIP to tie up the score after an intense final over Stoinis, who picked up two wickets in the 20th over.

Veteran Indian spinner R Ashwin picked up two wickets in his first over of the game but had to leave the field after he dislocated his shoulder as 12th man Ajinkya Rahane replaced him on the field.

In the super over, Kagiso Rabada once again showcased his bowling prowess as he picked up Rahul and Pooran’s wickets with two beauty deliveries to finish KXIP at 2/2.

With a target score of three to win the match from six balls, DC sent Rishabh Pant and Shreyas Iyer to rap things up, who finished it off in a blast without losing any wickets in the end.