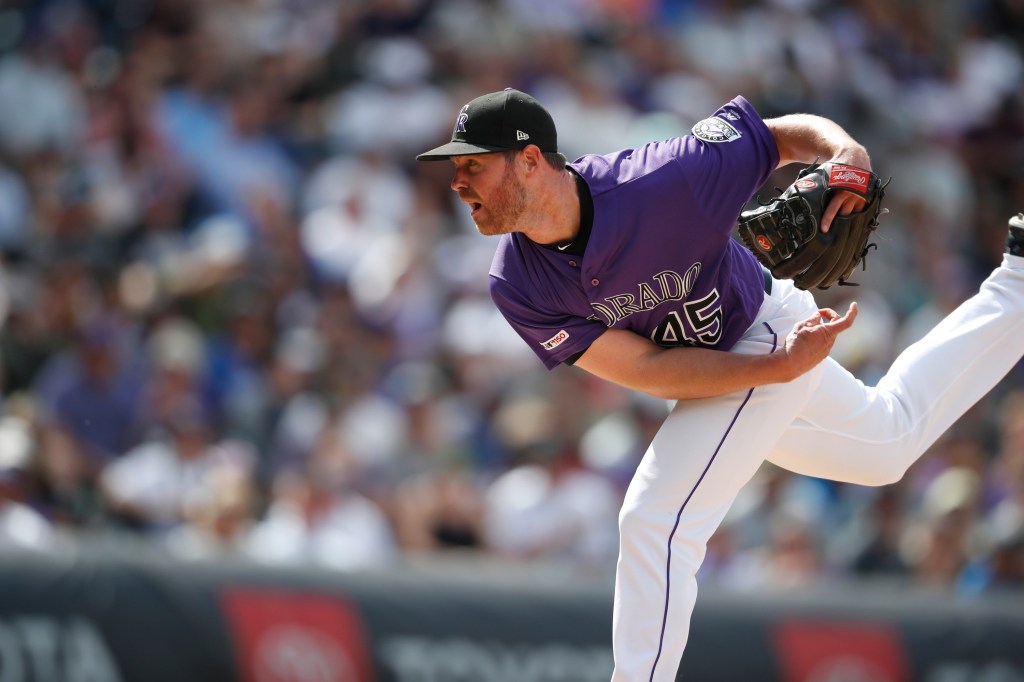 The Rockies’ bullpen got rocked by bad news Sunday.

Right-hander Scott Oberg, who was a potential closer after a tremendous 2019 season, was placed on the 45-day injured list and will almost certainly miss the rest of the season after being diagnosed with blood clots in his right arm. It is the third time in his career that blood clots have shut down Oberg.

“For lack of a better word, it’s a bummer,” manager Bud Black said Sunday morning. “It’s going to be a while, if at all, for Scott this season.”

Also, veteran right-hander Wade Davis, who got shelled in Friday night’s home opener against the San Diego Padres, was placed on the 10-day IL with a right shoulder strain. To replace Davis on the 30-man roster, right-hander Joe Harvey was selected from the club’s alternate training site.

Davis, who opened the season with two saves on the road, retired the first two ninth-inning batters on Friday but allowed a solo homer to Fernando Tatis Jr. and a three-run shot to Tommy Pham during the Rockies’ 8-7 loss in the home opener. Last season, Davis’s 8.65 ERA was second-highest in MLB history for a reliever with 50 or more appearances, and he had an 11.10 ERA in 29 appearances at Coors Field.

Oberg, 30, was the logical candidate to replace Davis as the closer, but Oberg opened the season on the injured list because of a lower-back strain. He seemed to be close to returning before his throwing session on Saturday afternoon was cut short.

“He felt a little discomfort in the hand,” manager Bud Black said Saturday night. “He had a hard time gripping the ball. We felt as though at that moment to shut him down. We’ll know more in the coming days. But it was a little bit out of character for how he’s been progressing. Keith (Dugger the head trainer) and the medical staff looked at him in here, and there are further tests being completed tonight.”

This marks the third time in four years that Oberg has been shut down because of blood clots. Last August, went on the injured list because of axillary artery thrombosis (blood clots). He was hospitalized and a procedure dissolved the clot, but he missed the rest of the season. In August 2016, Oberg’s season ended with he suffered blood clots in his arm for the first time.

“Scott has been a stalwart for us over the last couple of years and I know that he was ready to take another step this 60-game season,” Black said. “But it doesn’t look like it’s going to happen.”

This story will be updated