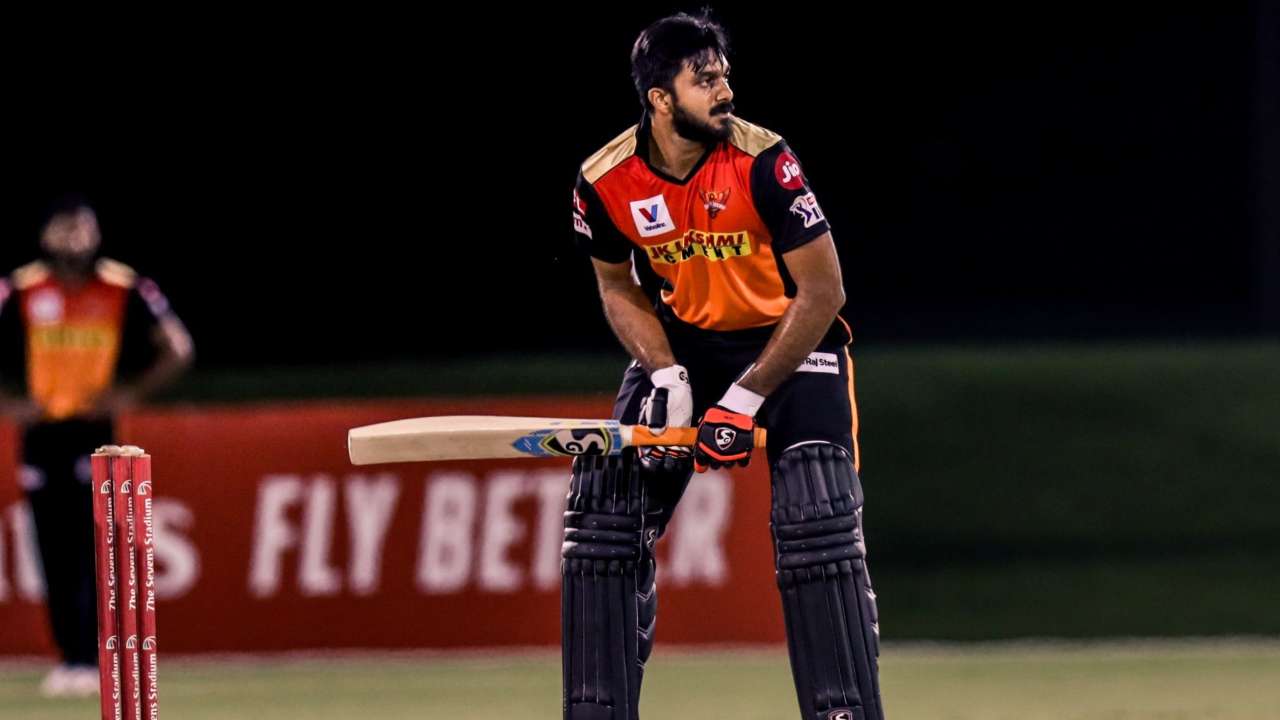 Indian allrounder Vijay Shankar did not have the best of games during Sunrisers Hyderabad (SRH) vs Royal Challengers Bangalore (RCB) clash in the Indian Premier League (IPL) on Monday (September 21). Shankar was called into action when Mitchell Marsh picked up an injury after bowling four deliveries.

The Australian, in his attempt to save runs, ended up hurting his ankle and was forced off the field and Shankar was called in to bowl the final two balls of the over.

Things got even worse when Shankar ended up bowling back-to-back no-balls, one of which was smoked by Aaron Finch for a monstrous six.

Shankar ended up bowling just eight balls but did pick up the valuable wicket of Devdutt Padikkal, giving away 14 runs.

Later on, Shankar walked out to bat when RCB spinner Yuzvendra Chahal bowled Jonny Bairstow (61) but the allrounder was sent back to the dressingroom after a golden duck.

Vijay Shankar can disappoint his team in 3 dimensions.

#RCBvSRH Outside Stadium Rayudu is waiting for Vijay Shankar be like: pic.twitter.com/UB9CZU1swg