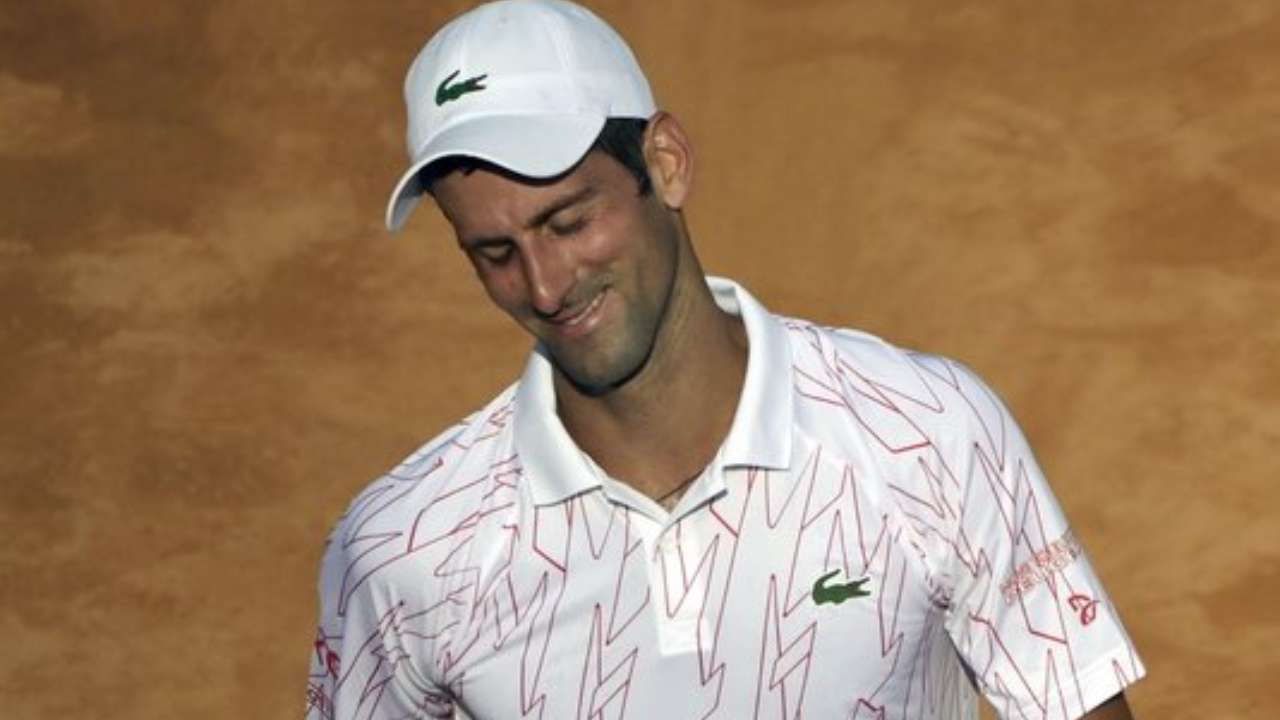 Less than two weeks after being disqualified from the U.S. Open, Novak Djokovic`s frustration boiled over once again as he smashed his racket in a fit of rage during his 6-3 4-6 6-3 win over Dominik Koepfer in the Italian Open quarter-finals on Saturday. Novak Djokovic was broken to love in the sixth game of the second set following which he threw his racket on the ground, drawing a warning from the chair umpire.

“Well, let me tell you it`s not the first nor the last racket that I’ll break in my career,” Djokovic, 33, told reporters. “I have done it before, I’ll probably do it again. I don’t want to do it, but when it comes, it happens. That’s how I guess I release sometimes my anger. And it`s definitely not the best message out there, especially for the young tennis players looking at me. I don’t encourage that, definitely. But, look, we`re all people. We all do our best. There were times and periods when I don`t do that, and there are periods when I do,” he said.

The Serb was disqualified from the U.S. Open after inadvertently hitting a ball into a line judge`s throat during his fourth-round match against Pablo Carreno Busta. Djokovic, who apologised at the time and vowed to take away valuable lessons from the incident, reiterated that he was working on his “mental and emotional health” to try and help keep a lid on his emotions.

“It’s always been part of my, I guess, training and recovery, as well, developing strong character and understanding myself on different levels, holistic approach to life,” the 17-time Slam champion said. “That’s just me. Of course I`m not perfect. I’m doing my best.”

Djokovic, who faces Norway`s Casper Ruud in the semi-finals, will fancy his chances of sealing a record 36th Masters 1000 crown following nine-time champion Rafa Nadal`s shock exit at the hands of Diego Schwartzman.