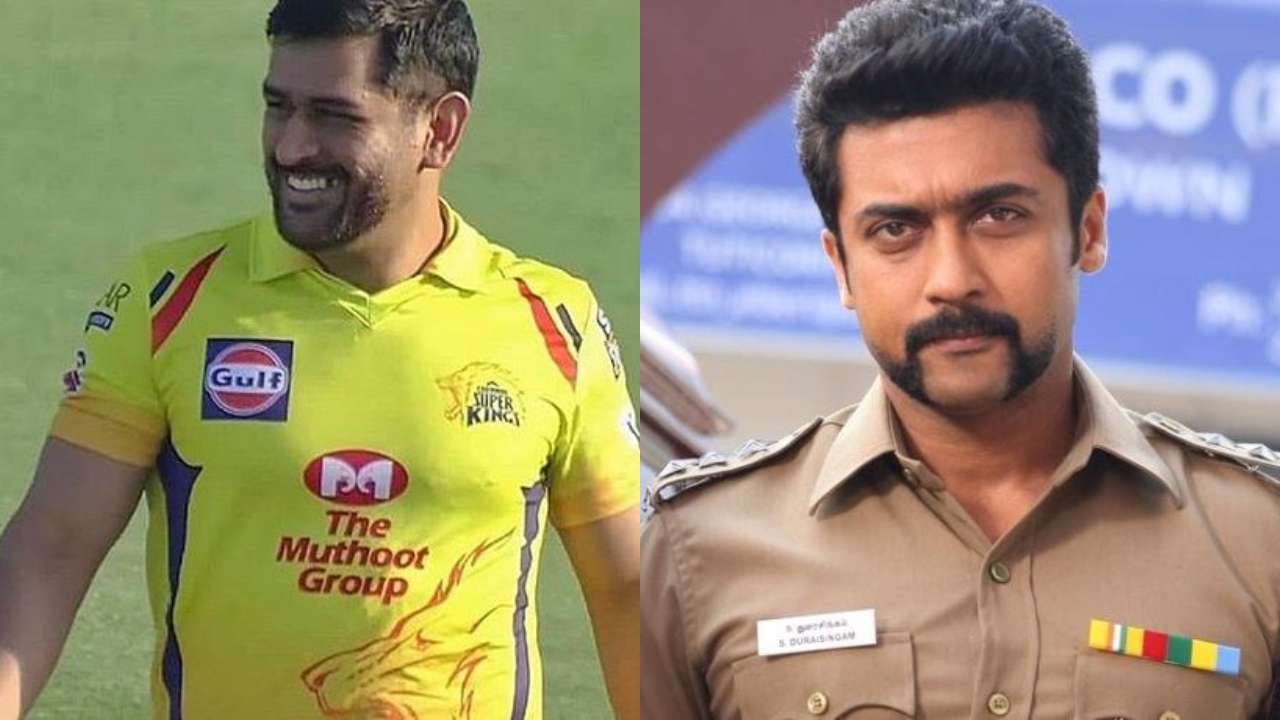 MS Dhoni’s new look took the internet by storm during Chennai Super Kings’ IPL 2020 match against four-time champions Mumbai Indians. While fans were thrilled with the return of MS Dhoni back on the cricketing pitch, a lot of them were surprised to see how muscular their beloved Thala has become during the COVID-19 lockdown. Ahead of the IPL 2020, Dhoni had announced his retirement from international cricket on August 15 and made his comeback to the field for the first time in over 14 months.

However, during the match, MS Dhoni’s new look was being compared to Tamil actor Suriya’s look as Inspector Duraisingham in the 2010 blockbuster film Singham. On closer look, it might seem that the comparisons might be similar.

Saloon Shops , Brace Yourself people will be rushing to ur shops to have that half beard

The loss for Mumbai Indians stretched their woeful record in the UAE to 0-6 while it was their eighth consecutive loss in an opening game of the IPL ever since 2013. Mumbai Indians are the four-time IPL champions while Chennai Super Kings are the three-time champions.