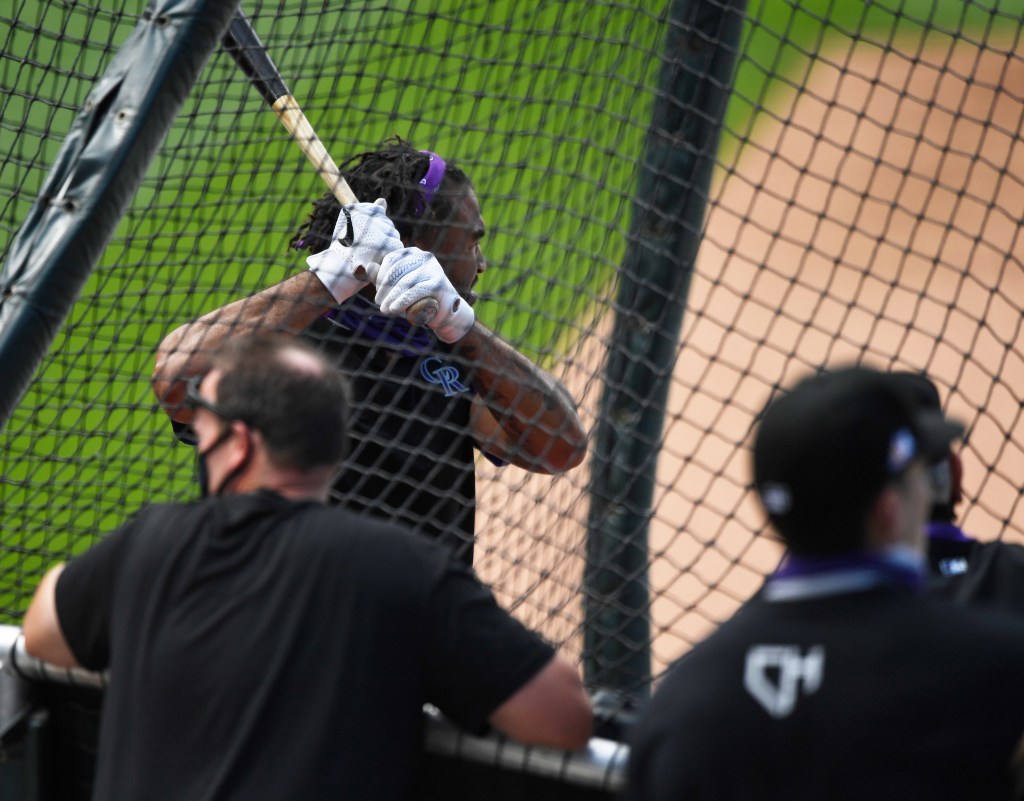 The former Rockies killer has officially become a Colorado asset.

Matt Kemp contributed a clutch swing in the Rockies’ 8-7 loss to the Padres in the home opener at Coors Field on Saturday, as the veteran slugger raked a two-RBI, pinch-hit double in the sixth inning off left-hander Matt Strahm.

The immediate production in Kemp’s first at-bat in purple pinstripes in LoDo was not unexpected from the former Dodgers star, as prior to signing with Colorado, the veteran had 77 RBIs against the Rockies in Denver, tied for the second-most opponent RBIs in Coors Field history. He also entered the game with a .327 average and 21 home runs at the stadium.

Kemp, taking over at designated hitter in place of starter Raimel Tapia, scored Ryan McMahon and Sam Hilliard with his first double of the year. He was 1-for-4 with a walk over three games on Colorado’s opening road trip.

The 35-year-old also came up in the eighth inning, but struck out against right-hander Craig Stammen before Wade Davis went on to blow the save, and the game, for Colorado in the ninth.

Signed on July 3 to a minor league contract after Ian Desmond announced his intention to opt out of the 2020 season, Kemp had previously been in the Marlins, Mets and Reds organizations after being traded from Los Angeles in June 2018. He made Colorado’s 40-man roster out of “summer camp” and was intent on proving he still has something left in the tank after being released by one of baseball’s worst teams.

“I was just trying to figure out why people think 35 is old,” the three-time all-star said on July 8. “When I was first coming up, 35-year-olds were in the prime of their careers. You just don’t lose bat speed, just from one year to the next. You notice it. It gradually happens. I still think I can play baseball at a high level.”

Freeland, looking for a bounce-back season, pitched well and picked up a victory in his start at Texas on Sunday. The lefty allowed two runs on four hits with three walks and five strikeouts over six innings. In four appearances (three starts) against the Padres at Coors Field, he is 1-1 with a 3.60 ERA, seven walks and 20 strikeouts. San Diego needs a deeper outing from Lucchesi, who pitched only 3 2/3 innings in his 2020 debut vs. Arizona when he allowed two earned runs and five hits in the Padres’ 6-2 victory. He gave up a career-high eight runs on Sept. 13, 2019, against the Rockies at Coors. Prior to that lambasting, he was 2-1 with a 2.45 ERA in seven career starts against Colorado.

Trending: On Wednesday, the Padres’ bullpen gave up a four-run lead, and on Thursday, it surrendered a five-run lead. It marked the first time in franchise history that the bullpen blew a lead of four or more runs in back-to-back games.

At issue: Nolan Arenado entered Friday night’s game without hitting a home run since Sept. 20 off the Dodgers’ Clayton Kershaw at Los Angeles, a span of 54 at-bats. Arenado’s home run drought will no doubt end soon, but it’s unusual for him.