When freedom is unrestrained and consent is not respected, trouble inevitably follows, says writer-journalist Jyotsna Mohan Bhargava, in the introduction of her new book, Stoned, Shamed, Depressed: An Explosive Account of the Secret Lives of India’s Teens (HarperCollins India).

Bhargava’s book comes close on the heels of the Bois Locker Room case that made headlines in May this year. The private Instagram group, where teenage boys from prominent South Delhi and Noida schools sent objectionable and morphed pictures of minor girls (many known to them), and talked about “gangraping” them, had left both parents and teachers rattled.

The scandal, though, barely came as a shock to Bhargava, who has spent the last year, negotiating the world of Snapchat, Instagram and WhatsApp, in order to investigate the lives of young adults from urban India. In the process, she came face to face with the parallel lives they live—one offline and the other online. The latter is a complex web of horrors, where sex, bullying and drugs are commonplace. Her own motivation to write the book was an incident involving her daughter’s bullying.

While she assumed that her stories would revolve around late teens, her research led her to middle-school battlegrounds—tween is the new teen. “Challenges for kids these days start as early as eight, in some instances even earlier,” she says in the book. “Not everyone is vaping or is necessarily a cyber bully, but in the words of a psephologist, these are trends. And in a country that is aspirational, it all filters down.”

Select excerpts from the book

Snapchat has the biggest culture of sending nudes,’ says a girl in Class 12. ‘I would say over 90 per cent of the girls around me in school will send stuff. They will screenshot it on an android [videos on Snapchat have a limited shelf period] and no one will find out. There have been parties where friends have recorded and circulated in a group. I was at the mall the other day and some boys I know were standing together and laughing. They were watching a nude video of a girl in our class. There is complete insensitivity and lack of empathy.’

Another boy adds, ‘Instagram is easy to hack. We all know our friends’ log-ins. So, we just click on “Forgot password”, give our own number and get a one-time password [OTP] on our phones. That is all it takes.’

Why do children across urban households feel the constant need to belittle even their friends by maliciously intruding on their privacy whether by hacking accounts or viewing videos without permission? Whether it is a smartphone or an Instagram account, why is status quo never enough? Is privilege the big curse for our children? ‘First, they are doing this for fame,’ says Rishi Dwivedi, an ethical hacker. People like Rishi hack into computer networks to ensure safety and to flag any wrongdoings. ‘So, if you have more than 10,000 followers on Instagram, I will hack your account, delete all your posts and make it my account with the same followers.

Second, many people on Instagram are buying accounts with many followers. Teens with not enough money of their own hack an account, sell it to a party and buy some cool gadgets with the money.’ Rishi, who has even reported on Aadhar leaks says the shenanigans of the teens attract him and others of his ilk simply because it is challenging.

‘My Instagram accounts were hacked twice,’ recounts Avni, an illustrator. ‘Once, when I was sixteen, it was sold to some aspiring influencer. Then, two years later, another account was deleted completely after being hacked. Later I found out that it was done by a guy who had asked me out and I had said no.’ She says that she lost forty pieces of her art and was so traumatized that for weeks she wondered if she had lost the ability to be creative.

Rishi says hacking social media accounts is the most common thing teens do in school to fit in. Girls I have spoken to have talked about getting into other students’ social media accounts just to make themselves look more appealing. Pushing the digital boundaries whether to show off or fit in are par for the course. Seventeen-year-old schoolgirl Jessica has also had her Instagram account hacked by her classmates and wears it like a badge of honour. Many hacking victims dismiss it as a rite of passage in school—you aren’t relevant if your account hasn’t been hacked at least once. Officially, the minimum age to have an Instagram account is thirteen. But kids barely ten years old have one or more accounts. The general trend is to have at least two.

In decades past, it was aspirational to want to become a doctor or an engineer (maybe more for the parents than the child himself) but today it is about getting more ‘likes’ than one’s best friend. Inhibition has also gone out the door. Nude pictures are carelessly forwarded on WhatsApp or uploaded on other social media. This leads to one of the biggest dangers on social media: strangers, especially adults, preying on teenagers. Jessica says, ‘I have had people tell me to send nudes, try to force me to meet them, date them or have sex with them … and these are random people who found me on Instagram.’ Ironically, she calls herself a loner. ‘I have two accounts, and both are public. I don’t like to keep them private as they are simply for fun.’

Despite the setting up of the National Cyber Coordination Centre, by and large, cybersecurity remains an unorganised sector in India. Most feel the country’s laws are inadequate to handle cybercrimes that go beyond the conventional. But crime in that intangible world is more explosive than we realize.

‘Indian cybersecurity laws only cover copyrighted content,’ says Rishi. ‘There is nothing to follow, government makes statements about digitalism but as usual only on paper.’ He remembers an incident of cross-site scripting (or XSS)—a type of hack that bypasses users to other content/websites—of the official website for the state of Arunachal Pradesh on 29 June 2019. When you opened the site, adult advertisements appeared in the subdomain and the hacker gains your IP address. ‘Four months have passed, the hack is still there,’ speaking in November 2019, Rishi was confident he could give countless instances of such laxity, seconded by other experts. That leak was finally fixed, but November was also the same month that Rishi brought to notice another hack: this time on the government website of the Regional Specialized Meteorological Centre for Tropical Cyclones. He traced the hack to Indonesia and informed the authorities. They acknowledged his information but even five months later, the site remained hacked.

Where do enthusiastic yet immature children stand with their barriers of walls made in cyberspace? With greater freedom comes greater accountability… or so it is said, but it may not be that cut and dry for those who are not just dabbling in the cyberworld. The 2017 data released by the National Crime Records Bureau (released only in October 2019) showed that within two years, cybercrimes in the country had almost doubled. Unreported crimes could make the numbers significantly higher.

Sexual exploitation and harassment ranked at the top. Data three years later is anyone’s guess but if we still need convincing that readily available and affordable internet pornography is not just what the Western world is watching, we have enough evidence.

There was a time when hastily scribbled pieces of paper were sent through a network of hands to crushes. Now nothing needs to be said or written—a frontal nude photo will do the trick. Like the girl in Class 8 who was randomly chatting with boys from other schools on Instagram and Snapchat (many students say the constant socialising between students of different schools has complicated matters further), and soon shared some intimate pictures with them. The ending was true to script: she was blackmailed for all to know. ‘In earlier times, identifying a person was easy, but now people can have a fake online relationship for even a couple of years until they build up enough trust to get something they can blackmail with,’ says cyber psychologist Nirali Bhatia.

She was once told by a blackmailer that male victims were preferred ‘because they pay up, women only cry’. Another child was blackmailed for her nude photos that she sent through Snapchat and was petrified enough to have sex—at the age of thirteen—with the boy in return for him not sharing her pictures. Sharing nudes on Snapchat is as casual as that app making their pictures disappear within minutes. However, screenshots or even a recording made from another phone can bypass this feature and make these images permanent.

But what, makes girls take nude pictures to begin with? Perhaps we don’t need to play 13 Reasons Why to guess. ‘Doing so makes the girls feel more confident about themselves,’ says Karishma who has counselled plenty of girls after their nude photos leaked. ‘They are so obsessed with wanting to feel good that it all seems okay.’ Meera dabbled with exposing her nudes for precisely the reasons Karishma talks about. She was fourteen when, bedridden while recovering from a surgery, she started chatting online with another girl—or so she thought. They exchanged similar stories of adverse circumstances and before long, the other person had convinced Meera to share her nudes.

It wasn’t too long before the blackmail started – it turned out that she had been catfished and had been chatting with a guy all along. ‘I thought it was something different to do, I was at home and this was a feel-good factor especially since I was recovering.’

‘A girl hanging out with the seniors sent a nude photo to a guy who was two years older, his friend leaked it. I think most students our age in schools are aware about the risks of sending private pictures through social media, even if it is something like Snapchat that a majority of students believe is a safer medium,’ says a former student. Yet, the show is on the road. FOMO isn’t just about missing in a selfie.

Do boys do it too? ‘In high school, it is very common for guys to share nude pictures of classmates,’ says Annika, a student of Class 12.

‘It’s not consequential. Many guys just walk up to us and say do you want to see.’ They could just as well be discussing the cricket score. So, we need to be teaching our daughters that it’s advisable to keep your clothes on and your passwords safe.

‘Cyberbullying is sad but to a large extent is unavoidable,’ shrugs another boy. ‘You got to do, what you got to do’ is the teen’s message in a bottle. Sometimes, the bully could be closer home.

Excerpted with permission from Stoned, Shamed, Depressed: An Explosive Account of the Secret Lives of India’s Teens by Jyotsna Mohan Bhargava, published by HarperCollins India

Catch up on all the latest Mumbai news, crime news, current affairs, and a complete guide from food to things to do and events across Mumbai. Also download the new mid-day Android and iOS apps to get latest updates.

Mid-Day is now on Telegram. Click here to join our channel (@middayinfomedialtd) and stay updated with the latest news

Sign up for all the latest news, top galleries and trending videos from Mid-day.com 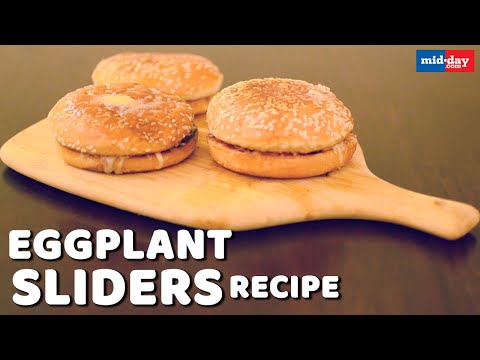