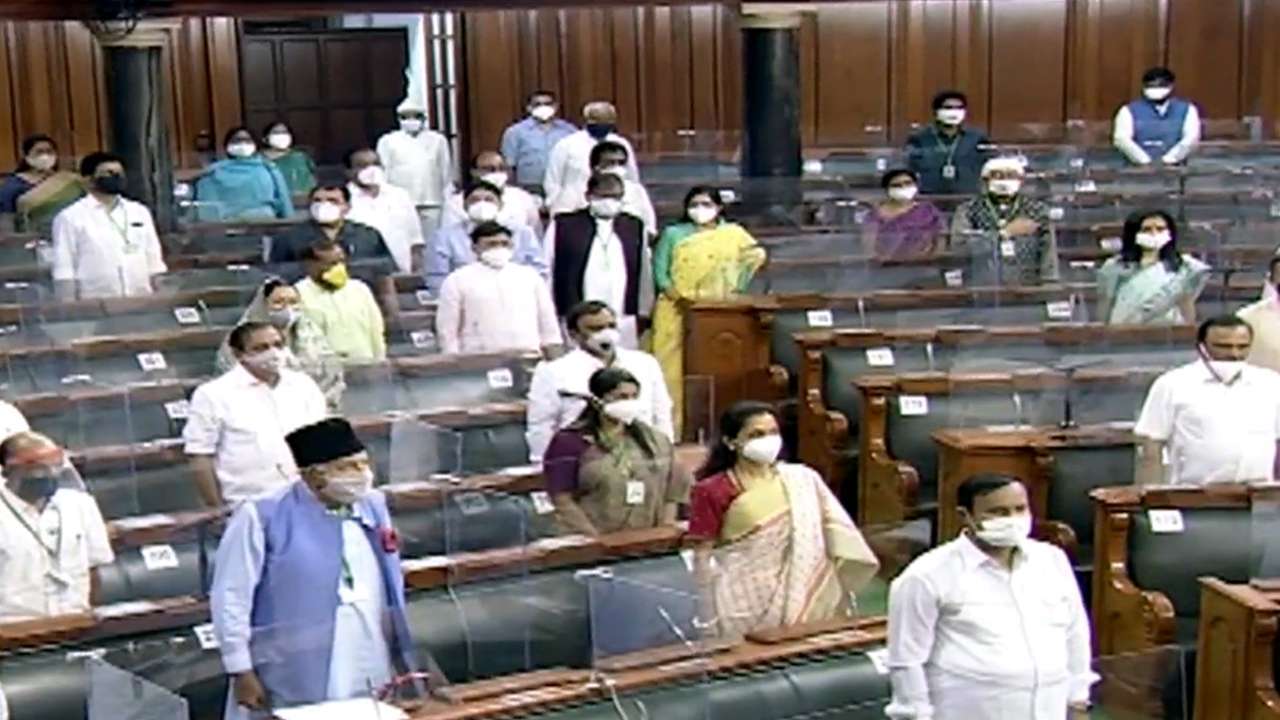 The Lok Sabha was adjourned sine die on Wednesday, eight days before the scheduled end of the Monsoon session, amid concerns about spread of coronavirus among lawmakers.

While the opposition boycotted the proceedings, Speaker Om Birla began proceedings at 6 pm and announced the adjournment sine die after the government laid the papers on the table and the MPs raised matters of urgent public importance during Zero hour.

The House also passed the Major Port Authorities Bill, 2020 after a short debate.

The Speaker informed the House that it held 10 proceedings for 60 hours and passed 25 Bills. A total of 2,300 written replies to unstarred questions were given and 370 matters of urgent public importance were raised.

Among the legislation passed by the house were The Foreign Contribution (Regulation) Amendment Bill, 2020, The Bilateral Netting of Qualified Financial Contracts Bill, 2020, the three labour codes and the Jammu and Kashmir Official Languages Bill.

Three contentious farm Bills — the Farmer`s Produce Trade and Commerce (Promotion and Facilitation) Bill, 2020; the Farmers (Empowerment and Protection) Agreement of Price Assurance and Farm Services Bill, 2020; and The Essential Commodities (Amendment) Bill, 2020 were also passed during the session.

The Monsoon Session of Parliament, which began on September 14, was supposed to conclude on October 1.

The Speaker, however, took the decision to cut short its scheduled period following a discussion of all floor leaders who unanimously decided earlier this week in view of the safety of parliamentarians, Parliament staff and media and to avoid transmission of Covid-19 that has claimed over 90,000 lives across India and infected more than 56 lakh people.

The Rajya Sabha was also adjourned sine die earlier in the day.

The Budget session of Parliament, which began on March 2, was also curtailed 11 days ahead of the scheduled time to contain the spread of Covid-19.