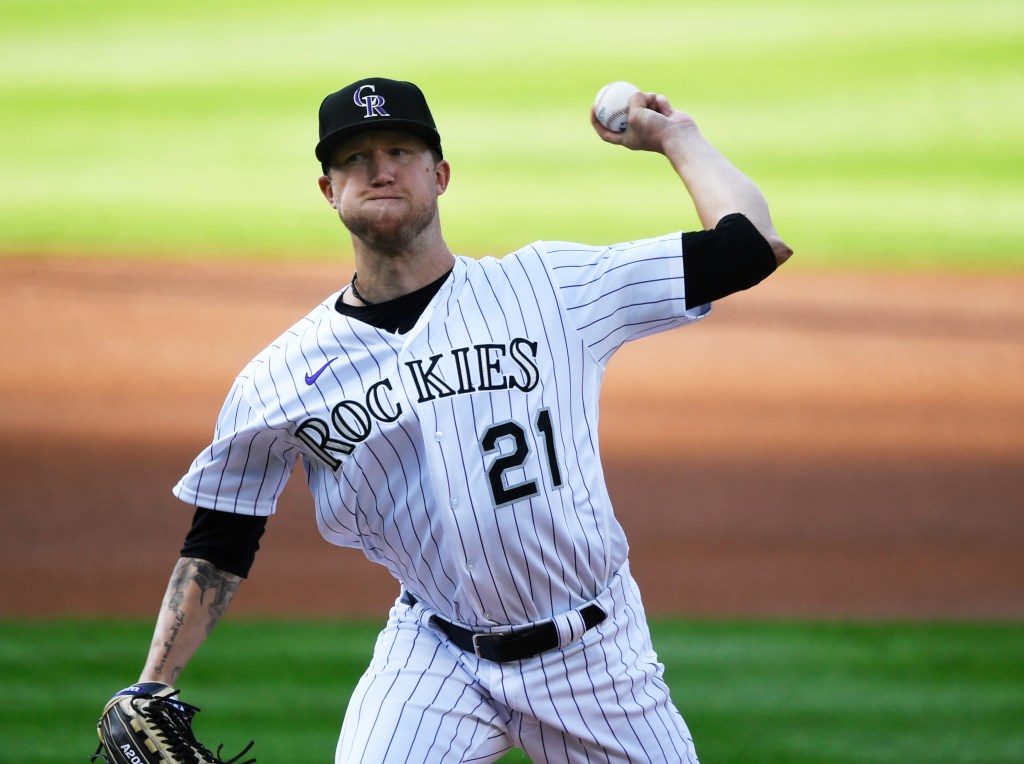 The Kyle Freeland that Rockies fans know and love, he who conquered Coors Field in 2018, showed up on Saturday against the Padres. So did vintage Matt Kemp, homering in his first Rockies home start. And, there were web gems and a Trevor Story bomb mixed in, too.

As a result, Colorado cruised to a 6-1 win over the Padres, quickly turning the page from the late-inning, gut-punch loss to San Diego in the home opener on Friday.

The Rockies got on the board first using small-ball in the second inning. Drew Butera’s sacrifice fly scored Garrett Hampson to make it 1-0, and then a throwing error by Padres southpaw Joey Lucchesi on a pickoff attempt to first allowed Chris Owings to score. Charlie Blackmon added an RBI single to make it 3-0.

From the DH spot, Kemp followed up his pinch-hit RBI double on Friday with his first homer of the season on Saturday, a mammoth 457-foot, opposite-field shot to right-center off Cal Quantrill in the third inning.

The fourth inning showcased the escalating superstardom of Story, like the entire first part of this condensed season has. A day after Story became tied with Cleveland’s Francisco Lindor for the most homers hit as a shortstop in his first five MLB seasons (125), he made a diving snare on a line drive to end the top half of the fourth, and promptly hit his fourth homer of 2020 in the bottom half of the frame.

That solo shot made it 5-0, and from there, Owings added another RBI single in the fifth and Freeland locked in his quality start. The southpaw finished with six shutout innings while keeping the Padres off-balance with 29 change-ups on 83 pitches. His polished performance was the 10th time in his career that he’s pitched six or more innings and gave up no runs, with the last time coming April 18, 2019, against the Phillies.

The Colorado bullpen did the rest, as the combination of right-handers Yency Almonte (two innings, one run) and Tyler Kinley (one, zero) took care of the final three frames.

Saturday also featured another highlight-reel play by Nolan Arenado. In the fifth inning, the seven-time Gold Glove winner made an over-the-shoulder catch on a pop-up in deep foul territory, about 150 feet past third base, to get Trent Grisham out.

Colorado’s dugout roared at the play and the Rockies’ cheers echoed throughout the empty stadium. If the easy victory hadn’t yet been assured, it was in that moment as the club improved to 5-2.

The series concludes with Sunday’s matinee.