Karan Patel is one of the latest celebrities to mock Kangana Ranaut through his social media account. The actor took a jibe at Kangana and her mental health, while also giving out ‘Tanu Weds Manu’ reference.

Karan said that he always wondered why the husband wanted to run away from his wife in ‘Tanu Weds Manu’ franchise. He further said that the actress (Kangana)’s mental health is there for everyone to see on the news channels. 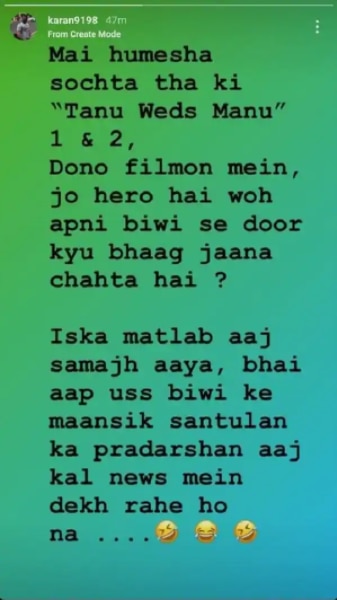 On the other hand, Kangana has picked a fight with many members from the industry since actor Sushant Singh Rajput’s death. While Kangana called out mafia, she also had an argument with other actors at one point too.