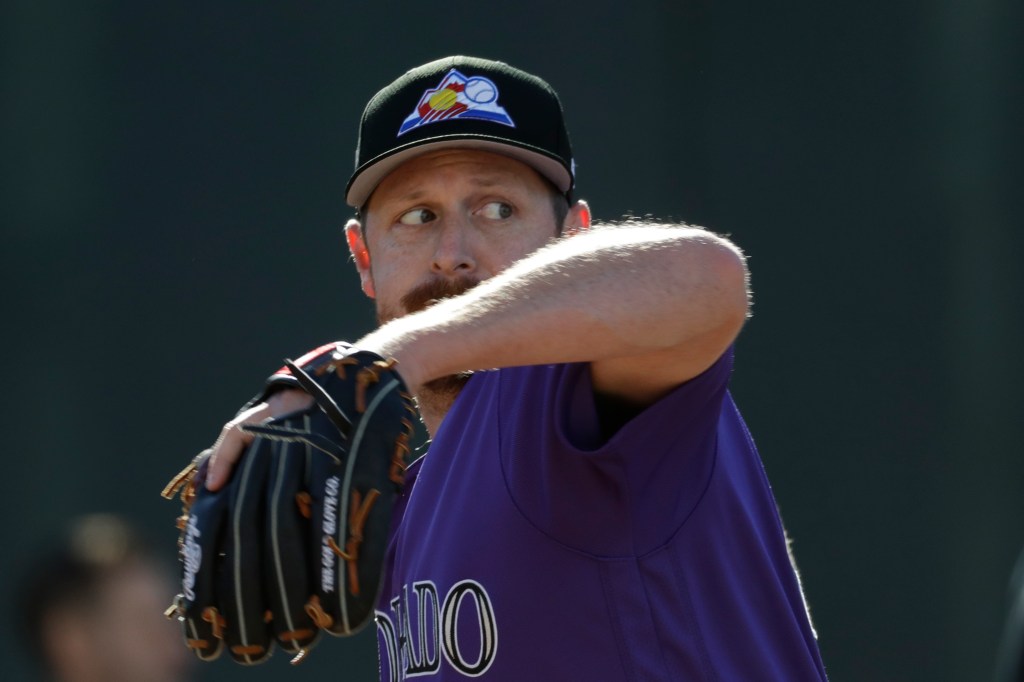 We here at the Grading the Week offices do not claim to be coronavirus experts. Heck, it’s probably been more than 15 years since we even had a sip of Corona.

But we do know this much: Major League Baseball could have put together “bubbles” in Arizona, Texas and Florida.

Would it have been absolutely miserable for players, coaches and their families? Yes. Would it have worked better than the current plan? No doubt. We’ll give MLB an “incomplete” for now, but reserve the right to hand down an F later.

Luckily for the Rockies, they just might have one.

Fun fact: The six relievers responsible for those stats were due to make just $1.85 million more than McGee and Shaw combined ($18.5 million) prior to the pandemic. That’s including Wade Davis’ $17.0 million salary.

Sometimes it pays not to pay.

Speaking of everyone’s favorite overpaid reliever, Shaw completed the natural life cycle of a failed Rockies free-agent signing when he recently blamed his struggles on, you guessed it, the thin air of Colorado.

“I got there and the sliders didn’t work,” Shaw told The Seattle Times. “It didn’t matter what we did.”

A sad song and dance, to be sure — made even sadder since it’s such an oft-told tale here in mile high country.

There’s only one problem: Shaw didn’t just stink at elevation during his time in Colorado. He just stunk. Full stop.

Not great, Bryan. Especially when you consider another number attached to the right-hander’s last two seasons: the $16 million he was paid to do it.

While the “it just means more” crowd spent the past two weeks hoping for a miracle, the Pac-12 took a cold, hard look at our COVID reality and put together a football schedule that might actually be played this fall.

While the plan has holes — Why can’t the Buffs drive 46 miles to Fort Collins for the Rocky Mountain Showdown? — it’s probably the best solution for a season without any good ones.

There is a late start, open dates for potential postponed games to be played and nary a cupcake to be found (unless you count UCLA). If only we could do that last one every year.

Please explain to me how COVID-19 can be both “population control” to “control the masses,” and also “a real thing” that is somehow “overblown”?

As the great Mark Twain once said, “It is better to keep your mouth closed and let people think you are a fool than to open it and remove all doubt.”

(Some might say a sound argument against this column.)