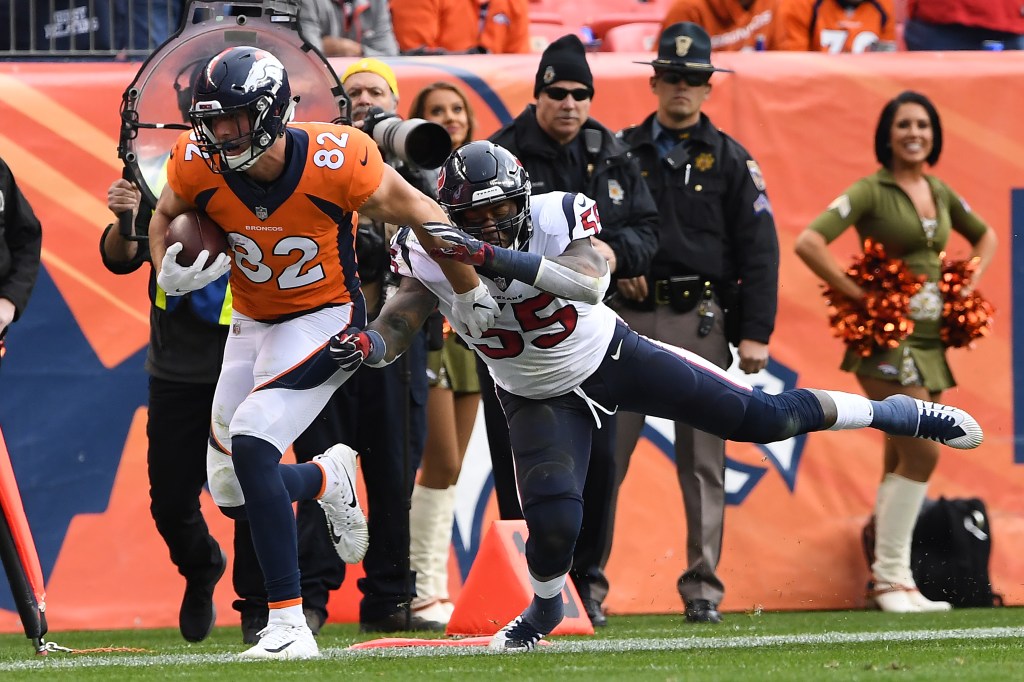 Heuerman spent 2015 on injured reserve after tearing his ACL in rookie camp. In the last four years, he missed at least two games in each season. He caught 63 passes for 678 yards and five touchdowns.

The transaction wire listed no other Broncos moves. The roster is at 78 players following Heuerman’s release. Fullback Andrew Beck is on the reserve/COVID-19 list and doesn’t count toward the 80-man limit.